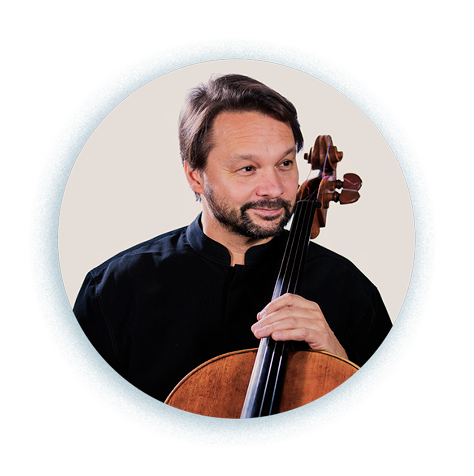 Marko Ylönen has occupied numerous roles in the course of his career: as soloist and principal cellist, in quartets, trios and duos, as Artistic Director of several festivals and as a teacher. He has also reaped success in many Finnish and international competitions and recorded a large volume of staple and contemporary cello literature. Not surprisingly, he therefore has a large repertoire. In addition to the major works for his instrument by C.P.E. Bach, Boccherini, Vivaldi, Haydn, Beethoven, Chopin, Sibelius, Rachmaninoff, Shostakovich and Prokofiev, it includes many works by Finnish composers, among them Pehr-Henrik Nordgren, Einojuhani Rautavaara, Joonas Kokkonen, Jouni Kaipainen and Olli Mustonen. His concert tours have taken him across Europe, to the USA, China, Japan, Australia and New Zealand, and he has recorded on the Ondine, Finlandia, BIS, Alba and other labels.

A regular soloist with most of the Finnish orchestras, Marko Ylönen has also appeared with the Camerata Salzburg, the English Chamber Orchestra, the Prague Chamber Orchestra, the Symphony Orchestras of Adelaide, Melbourne and Stavanger, and the Netherlands Chamber Orchestra. Among the conductors he has worked with are Jukka-Pekka Saraste, Juha Kangas, John Storgårds, Hannu Lintu, Susanna Mälkki, Ben Wallfisch, Klaus Mäkelä, Sakari Oramo, Moshe Atzmon, Alexander Vedernikov and Olli Mustonen. He has given recitals at such prestigious venues as the Weill Recital Hall at Carnegie Hall, New York and the Kleine Zaal of the Amsterdam Concertgebouw. In chamber repertoire he has performed with many of the world’s greatest musicians, at festivals, in Finland and elsewhere.

Marko Ylönen was Artistic Director of the Korsholm Music Festival in 2003, 2008 and 2010–2012 and of the LuostoClassic Festival in 2014–2017. He has been Professor of chamber music at the Sibelius Academy since 2009. His own teachers were Csaba Szilvay, Heikki Rautasalo, Erkki Rautio and Heinrich Schiff, and he plays a Bartolomeo Cristofori cello from the 1720s.